Joseph A. Nagy’s Personal Commitment to You

I am Joseph A. Nagy, and I am an experienced Edmonton personal injury lawyer serving central and northern Alberta. If you are an injury victim and become my client, I make this commitment to you:

Call (780) 760-4878 (HURT) or contact me, Joseph A. Nagy, to discuss how I can be your powerful ally, protect you, ease your stress and financial hardship, and fight every step of the way to obtain the best possible compensation for you. 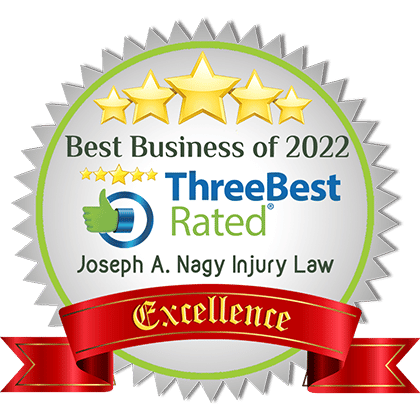 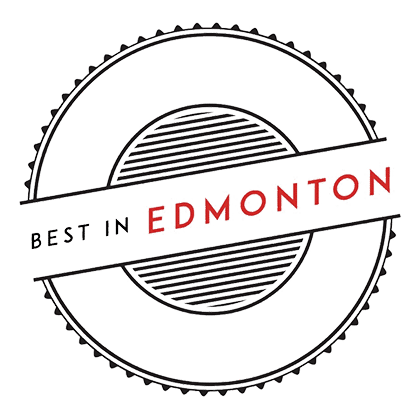 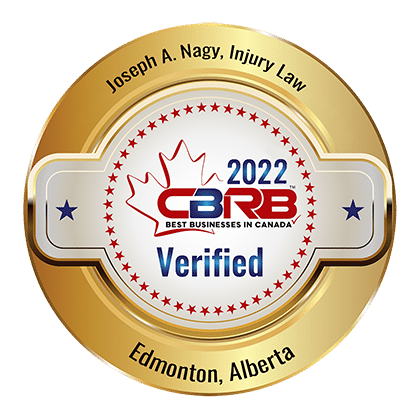 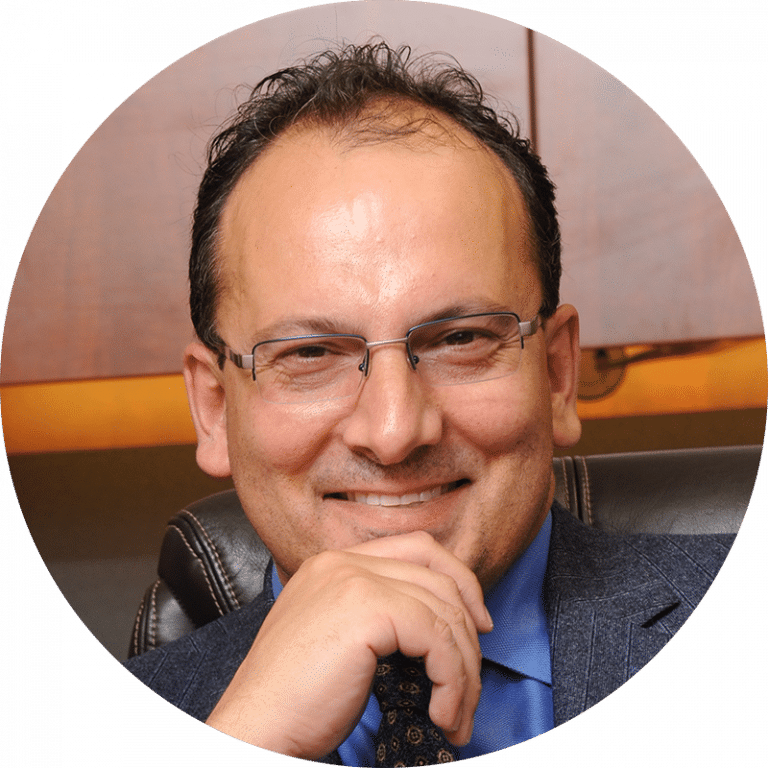 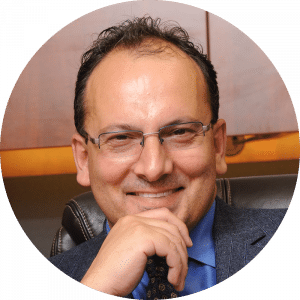 Mac Cormier

Read More
I highly recommend Joseph as your personal injury attorney. I've never met such a down to earth and straight up person. From the very beginning himself and his team, made me feel comfortable and at ease. Though their was many personal hurdles, Joe was there to help. A few years later, we have finally managed to settle our case and I am very pleased with the outcome! His assistant, Nicole, is an absolute angel. She was always giving us updates and trying to help in some way.

Thank you to all the team!!!

Aug 26th 2013, A motor vehicle accident a little west of Rocky Mountain House Alberta. Claimed the life of the women I was going to marry the following Christmas Day 2013 .The worst of my injuries was a broken heart from losing the love of my life.

Eventually after a few months I was discharged into the care of my sister who had come to live with me.Also home care came several times a week.

During this time it was suggested i perhaps find a lawyer. Someone mentioned one , Not knowing anything about lawyers said sure. Perhaps two days latter a lawyer showed up at my house. He did what I thought lawyers did and went away. About a year later I phoned this lawyer to see how things were moving along.

He was extremely rude, Sarcastically answering my questions . Just being weird .. I'm thinking of how do I fire this guy ? Or can I ? I don't know how any of this works. I signed a piece of paper. Was that a contract? Nevertheless I went looking for another lawyer . Didn't want anyone working out of there car . Wanted to see a big sign listing all the partners . That's when I found Mr Nagy

Mr Nagy a pleasant man . Offered me coffee and we sat down . I telling him my story. He took the case and he took care of firing the other lawyer

Between him and his staff. They never quit till It was over compiling a file over a foot tall.

Most importantly I was always greeted with a pleasant smile and happy to be working for you attitude. Every question I asked , be it on the phone or in person . Was carefully explained in such a manor that I understood at all times what was happening with my case. Causing me to learn to trust Mr Nagy and his staff.

I clearly remember him saying no that's not enough. Sending the insurance lawyers to renegotiate. I remember his saying. NO I want it all. We did get it all. A few days ago handed me a check for several hundred thousand dollars. It doesn't give me back the women I love.. But it does help me to live as normal as I can with my injuries Thanks Joe and Nicole and God bless you

Diana Templeton

Read More
I hired Joseph A. Nagy Injury Lawyer to follow up on a car accident in 2016. It was a no fault accident on my part. My car was totalled plus I received a very severe whip lash plus major chronic migraine headaches for years related to this whip lash. Once I met with Mr Nagy and we reviewed this accident he accepted my case and I signed the necessary papers. I found him to be very well informed and able to share all the requirements and made it very clear and easy to understand what was expected of me and how his firm would meet my needs. I found his assistant Nicole Adams very competent, knowledgeable and easy to work with. She was always available which was important to me. Mr. Nagy was extremely efficient in following up with any concerns I had. I experienced very accurate and timely answers from him. Communication was excellent. I also worked with Mr. Nagy's new lawyer Preet Saroya during the Examination for Discovery. I found her easy to work with and very supportive in coaching me on what the expectations were during the Discovery. I was extremely pleased with the final result and would highly recommend Joseph A. Nagy Injury Law Firm to everyone. It was a very positive experience under very painful circumstances. I always felt very confident to know they were representing me. Joseph A. Nagy Injury Law Firm was excellent.

Debbie De Guzman

Read More
Joe was very thorough with his work. He does well of what he do. If there’s 10 stars, I would rate him as a 10! Thanks Joe for all the hardwork! 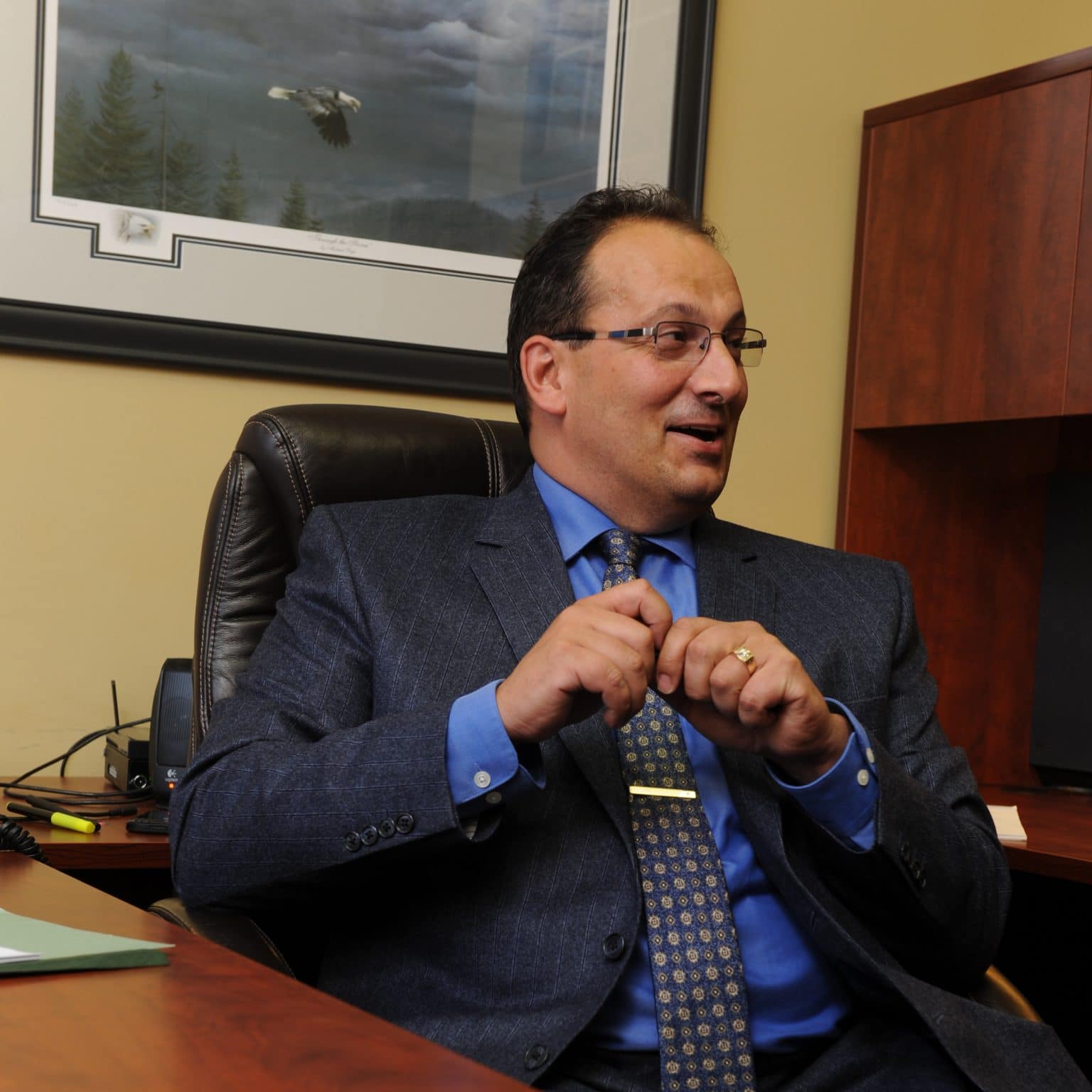 Joseph A. Nagy studied Political Science and Criminology at Simon Fraser University and was called to the Alberta and British Columbia bars in 2004. Before practicing law, he worked for six years as a Certified Journeyman Carpenter in the commercial and residential construction industries in Alberta and BC.

As an Edmonton personal injury lawyer, Joseph A. Nagy sees many people with injuries, impairments, and disabilities. His client’s personal suffering fosters his compassion for people who are injured, sick, and disabled. This is why Joseph A. Nagy supports organizations that help to assist individuals who are sick, injured, disabled, or impaired.

Joseph A. Nagy is proud to support the following local non-profit organizations and causes: 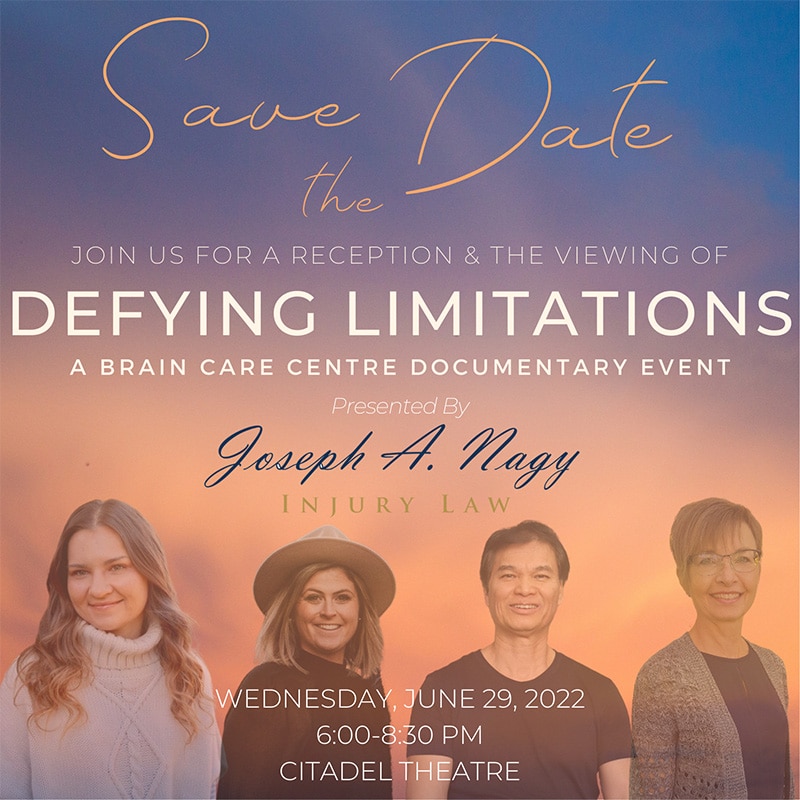 Joseph A. Nagy has always been a strong advocate for auto accident victims. In 2004, the Alberta government was considering implementing a “cap” on damages for “minor injuries.” Out of concern for victims, he wrote to then Finance Minister Patricia Nelson about some concerns he had about the cap. Patricia Nelson responded stating the cap would only apply to “pain and suffering for minor injuries” and “minor injuries that heal relatively quickly.” The legislation was overturned by the Alberta Court of Queen’s Bench but the Queen’s Bench decision was overturned by the Alberta Court of Appeal. Leave to appeal to the Supreme Court of Canada was denied. Since then, Joseph A. Nagy has fought many cases against insurance companies who argued injuries like chronic pain and temporomandibular joint dysfunction are subject to the cap. See the letter from Finance Minister Patricia Nelson here.

In 2014 Joseph A. Nagy represented a group of citizens from Leduc who were concerned that Multi-Chem, a division of Haliburton, was going to build a chemical blending facility near their community. The County of Leduc was considering the application of Multi-Chem for a permit to build the facility. Multi-Chem retained a large notable Calgary law firm to advocate on its behalf. The community managed to delay the granting of the permit until Leduc County Council gave some thoughtful consideration to the matter. After several County Council hearings, the Council decided to unanimously deny Multi-Chem’s permit to build the facility. It was a true David vs. Goliath fight, but in the end, the citizens won!

“If you want to build this type of facility,” added the residents’ lawyer, Joe Nagy, “build it somewhere near where there will be no residents.” Global News Edmonton: Chemical storage plant voted down